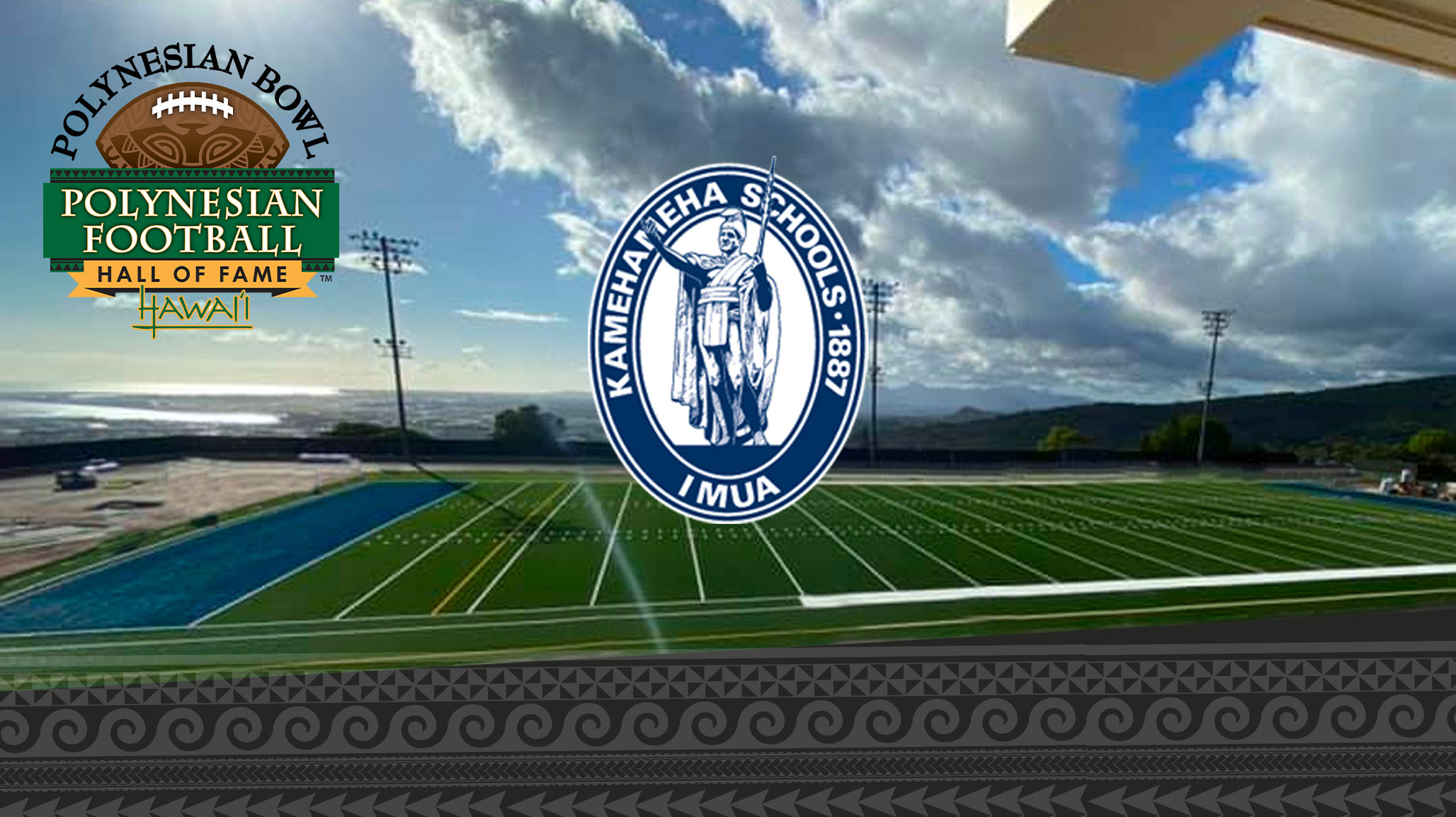 HONOLULU (November 2, 2021) – The Polynesian Football Hall of Fame and Kamehameha Schools announced today a multiyear partnership to host the annual Polynesian Bowl football game at Kūnuiākea Stadium on the KS Kapālama campus through 2024.

The Polynesian Bowl is an all-star game played annually in Hawai‘i featuring 100 of the nation’s top high school seniors, many of whom go on to play at top-level college programs. The upcoming game is scheduled for Saturday, January 22, 2022 at 6:30 p.m. (HST), and the contest will be televised live on CBS Sports Network.

“It is only fitting that the Polynesian Bowl takes place on the campus of Kamehameha Schools Kapālama,” said Jesse Sapolu, chairman and co-founder of the Polynesian Football Hall of Fame. “We celebrate the cultural significance of this meaningful partnership.”

Founded in 1887 by the legacy of Princess Bernice Pauahi Bishop, Kamehameha Schools is a private, educational, charitable trust committed to improving the capability and well-being of the Native Hawaiian people through education. KS serves nearly 7,000 learners across Hawai‘i, and KS Kapālama’s athletics department is one of the largest in the country in terms of programs offered and student-athletes served.

“With this partnership and the prestigious Polynesian Bowl, we celebrate excellence and proudly feature the talent of our Polynesian athletes,” said KS Kapālama Poʻo Kula (Head of School) Dr. Taran Chun. “It is exciting that this showcase would take place at a school that honors our cultural heritage and identity as Native Hawaiians.”

Founded in 1887 by the legacy of Princess Bernice Pauahi Bishop, Kamehameha Schools (KS) is a private, educational, charitable trust committed to improving the capability and well-being of the Native Hawaiian people through education. In 2015, KS embarked on a bold voyage that envisions, in one generation, a thriving lāhui where learners, grounded in Christian and Hawaiian values, achieve postsecondary educational success and become leaders who contribute to their communities both locally and globally. For more information, visit www.ksbe.edu and connect via Facebook and Instagram (@kamehamehaschools) and Twitter (@ksnews).

About the Polynesian Bowl

About the Polynesian Football Hall of Fame

The Polynesian Football Hall of Fame honors Polynesia’s greatest players, coaches, and contributors. Its permanent home is located at the Polynesian Cultural Center and was established in 2013 by Super Bowl Champions Jesse Sapolu and Ma’a Tanuvasa. Other board members include Troy Polamalu, Vai Sikahema, June Jones and Reno Mahe. www.PolynesianFootballHOF.org