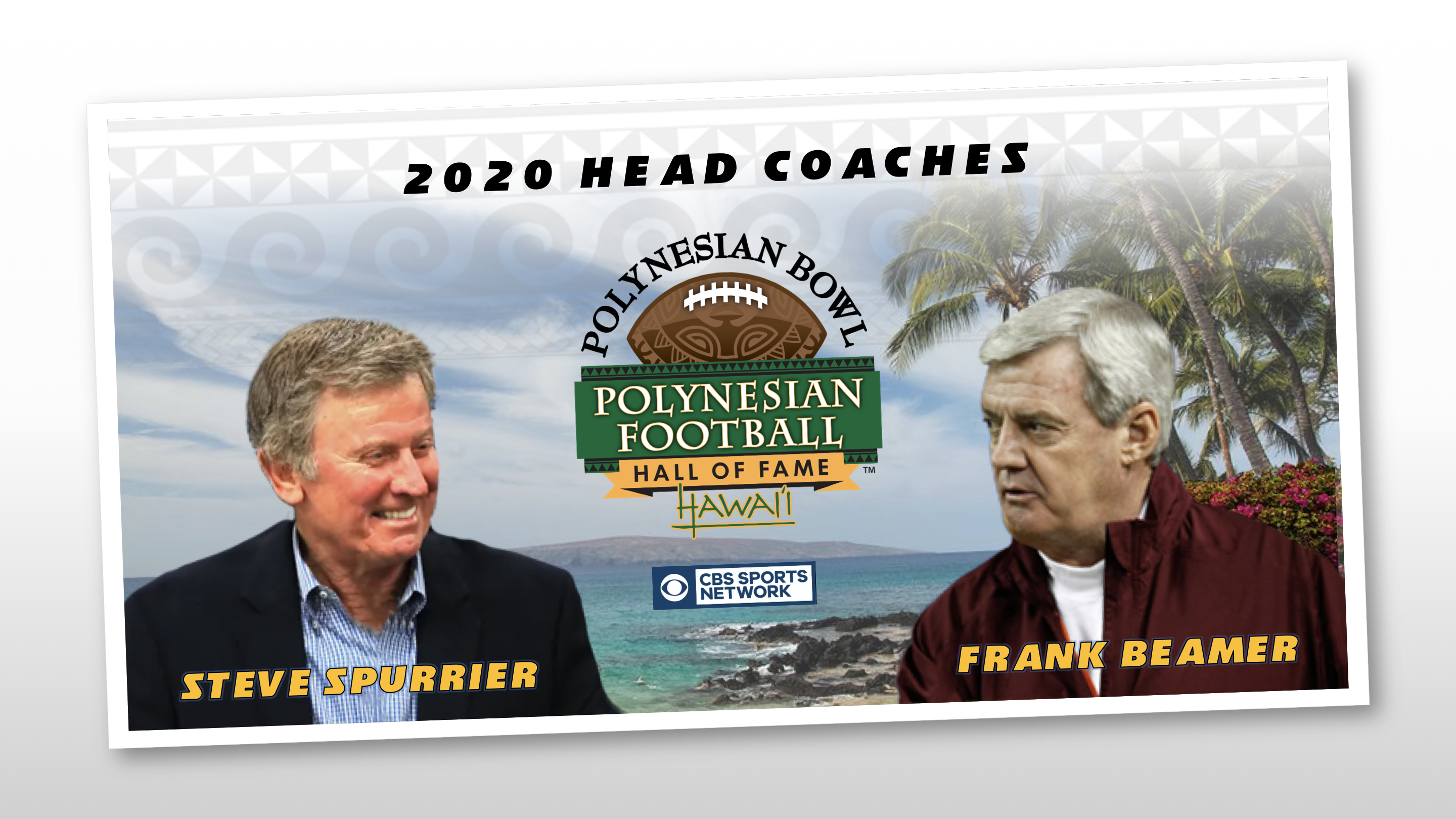 (July 10, 2019) – The Polynesian Bowl announced today that Steve Spurrier and Frank Beamer have been selected as head coaches for the 2020 Polynesian Bowl.   The Polynesian Bowl is an annual all-star game featuring 100 of the nation’s top senior high school football players. This year’s game will be held on Saturday, January 18, 2020 (6:30 p.m. HST) at Aloha Stadium on O’ahu, Hawai’i and will be televised live on CBS Sports Network.  It’s the “Head Ball Coach” vs. “Beamer Ball.”

Steve Spurrier will serve as Head Coach for Team Mauka (Mountain). His college head coaching career record is 228-89-2 (South Carolina, Florida and Duke). He is the winningest head coach in South Carolina Gamecocks and Florida Gators history, where he won a national championship. The “Head Ball Coach” also served as an NFL head coach for the Washington Redskins. He was awarded with the Heisman Trophy as a player (1966).

“Hawai’i in January to coach in the Polynesian Bowl is about as good as it gets,” said Steve Spurrier. “I’m looking forward to being part of this amazing experience.”

Frank Beamer will serve as Head Coach for Team Makai (Ocean). His head coaching career record is 280-143-4 (Virginia Tech, Murray State), including three ACC and four Big East championships. He is the winningest coach in Virginia Tech Hokies history. Coach Beamer was recognized with Associated Press Coach of the Year (1999) and inducted into College Football Hall of Fame (2018). He is a member of the College Football Playoff Committee.

“The Polynesian Bowl is an incredible celebration of culture and football,” said Frank Beamer. “It’s going to be a lot of fun coaching the best high school players in paradise.”